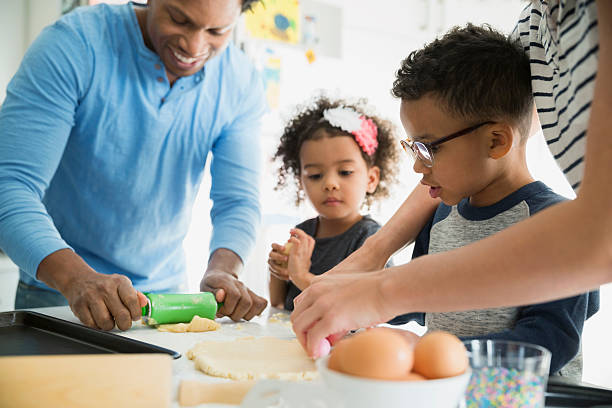 I’m not an expert in parenting or neurology (the science of the brain). However, I am the Father of two reasonably well adjusted young adults that I spent time chatting, playing and reading (almost every day) with during the first five years of their lives – even before they were born as I regularly spoke with and played music to them while they were in the womb. Sometimes it was not what I wanted to do and it felt like an arduous task: an inconvenience and imposition. But I did it anyway – enjoying it the vast majority of the time I should add – and looking back I’m glad that I did.

It has helped to shape both of my children in ways that I had not anticipated or consciously reflected on until coming into contact with The Hungry Little Minds national campaign which focuses a light on the importance of chat, play and read activities. Looking back, these activities helped to build a lasting bond between my children and I but also embedded in them a sense of well-being and boosted their brain development. I kind of knew it then but not like I do now! It’s all about the brain!

The Brain: A Muscle or An Organ?

Is the brain a muscle or an organ? I have often heard the brain referred to as an organ and at the same time described as a muscle. I found myself proudly stating as a matter of fact – maybe arguing – that the brain was a muscle. So which one was it? It either had to be one or the other, possibly both? Cue Google the bottomless source of information. I was pleasantly surprised – read slightly embarrassed – too discover that the brain is in fact an organ – a complex mass of white tissue – that contains some muscle.

I was further impressed to discover that the brain of a newly born baby only weighs approximately three quarters of a pound – a quarter of the size of an adult brain. However, it doubles in size within a year and is nearly fully grown – about 90% – by the age of 5. The 100 billion neurons (brain cells) along with dendrites and axons that transmit signals around the the brain means it is the command centre of the human body.

During the first year of a child’s life it has been found that one million brain connections (neural connections) are made every second! These connections are said to be important as they enable the child to move, think, communicate and eventually develop the more complex skills of self-regulation and decision-making in early childhood and later on in adulthood.

Chatting, playing and reading with your with 0-5 years olds, as I did with mine, helps the brain to develop vital connections needed to assist development during the critical formative years of life. These connections, I have been advised by a Dr. friend of mine, serve as a template for the future and will significantly influence, if not determine, a child’s sense of wellbeing during childhood an into adulthood. Making the effort is what makes the reward worthwhile – similar to joining the gym.

With all forms of training repetition is key to developing strength and forming a new habit. That means that engaging in chat, play, read activities will require effort and investment as you are essentially involved in a ‘training programme’ to build and boost the brain capacity of a 0-5 year old child. I thought it was a so I made the following decisions:

1. I Made Up My Mind To Be Available

There are so many things that demand our time and attention. However, the biggest investment, and maybe the greatest demonstration of love we can show to our children as Fathers, is to offer them the gift of time and to include in that time with life enhancing activities.

“the biggest investment, and maybe the greatest demonstration of love we can show to our children as fathers, is to offer them the gift of time"

2. I Stuck To The Plan Even If It Was Not Perfectly Executed

I said earlier that I was not always motivated to chat, play or read. Sometimes I did it begrudgingly and other times I simply opted out in favour of some other activity or no activity at all. You will probably have the same experience as I did. However, I generally made my mind up and stuck to the plan!

3. I Talked To Other Parents

I found that sometimes I ran out of ideas and did not know what to do next or even if my efforts were making a difference. However, I found it helpful to speak to other parents and to find out what and how they did with their 0-5 year olds. I quickly discovered that the same book could be read in a variety of ways depending on how I chose to engage with it – rather how I chose to allow my children to engage with it. The same was true for conversations and games – how we approached each activity made all the difference!

As I said at the beginning of this article, I am not an expert on parenting or neurology (the science of the brain). But I have raised two reasonably well adjusted young adults. I’m sure that chatting, playing and reading contributed significantly to the bond we share, their sense of wellbeing and how their brain developed in childhood. It has worked for me and I am sure it can work for you – give it a try!

If you are looking for ways to engage your child through play time activities, get our free online resources to help parents and careers create a great home learning environment.

Loss, Grief and Self Esteem – The Hidden Loss 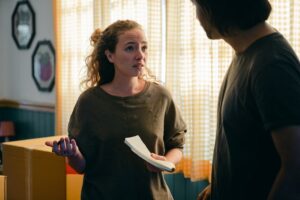 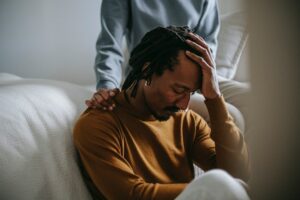 Get our latest wellbeing insights and news straight to your inbox

We use cookies on our website to give you the most relevant experience by remembering your preferences and repeat visits. By clicking “Accept”, you consent to the use of ALL the cookies.
Cookie settingsACCEPT
Manage consent

This website uses cookies to improve your experience while you navigate through the website. Out of these, the cookies that are categorized as necessary are stored on your browser as they are essential for the working of basic functionalities of this website. We also use third-party cookies that help us analyze and understand how you use this website. These cookies will be stored in your browser only with your consent. You also have the option to opt-out of these cookies. But opting out of some of these cookies may affect your browsing experience.
Necessary Always Enabled
Necessary cookies are absolutely essential for the website to function properly. These cookies ensure basic functionalities and security features of the website, anonymously.
Functional
Functional cookies help to perform certain functionalities like sharing the content of the website on social media platforms, collect feedbacks, and other third-party features.
Performance
Performance cookies are used to understand and analyze the key performance indexes of the website which helps in delivering a better user experience for the visitors.
Analytics
Analytical cookies are used to understand how visitors interact with the website. These cookies help provide information on metrics the number of visitors, bounce rate, traffic source, etc.
Advertisement
Advertisement cookies are used to provide visitors with relevant ads and marketing campaigns. These cookies track visitors across websites and collect information to provide customized ads.
Others
Other uncategorized cookies are those that are being analyzed and have not been classified into a category as yet.
SAVE & ACCEPT